The United Society of Believers, commonly called Shakers, was founded in 1747, in Manchester, England. They were called in derision, "Shaking Quakers," because of their ecstatic and violent bodily agitation in worship. To this group of separatists came a remarkable young woman named Ann Lee (1736-1784). In 1770, she was imprisoned for her religious views. During this time she experienced a series of visions. From that date on Ann Lee was acknowledged as their leader and known as Mother Ann...The Sabbathday Lake Shaker Community was founded in 1783, in what was then called Thompson's Pond Plantation, by a group of Shaker missionaries. In less than a year's time nearly two hundred people gathered together in this place that previously had only been the home of some five farming families. Photo Justin Ide 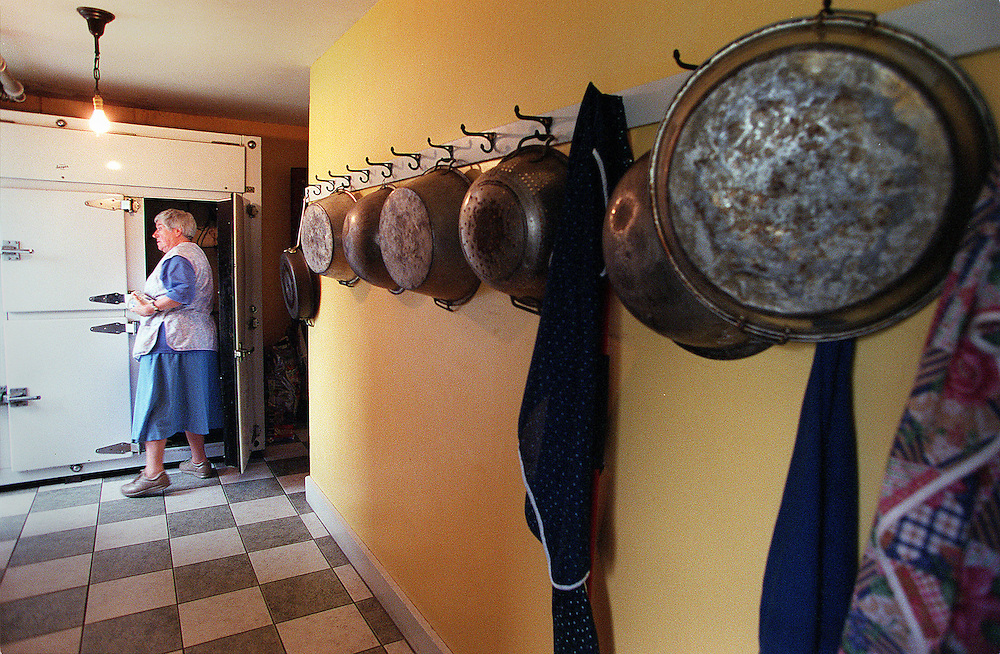